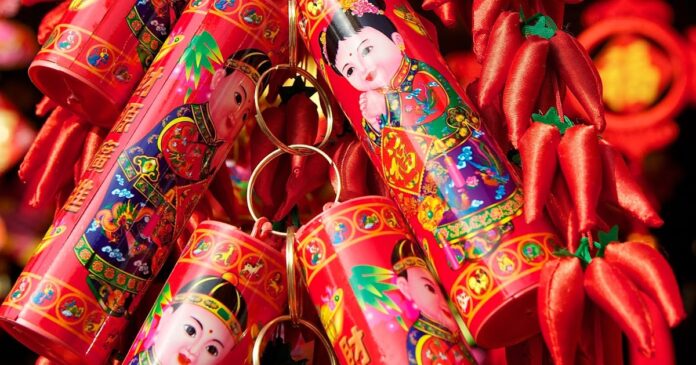 Firecrackers are charming to everyone regardless of their age and interests. The splendid color splattering across the sky makes you gasp even after a tiresome day. Firecrackers are common in all kinds of celebrations. Whether it’s a national event or a small in-house party, they are a party must-have.

However, there is one more kind, known as the chinese firecrackers. At first look, they sound exciting, which they are, no doubt. But it’s best to understand both sides of the story.

Things to Be Caution Of When Using Chinese Firecrackers

Using Chinese firecrackers is no ordeal. However, one should not overlook the safety measures.

Firecrackers fall into the category of explosive goods; therefore, it is essential to know the ingredients used in these firecrackers.

Chinese firecrackers contain Potassium Nitrate, Sodium Nitrate, and Sulphur. These compounds can cause skin burns and irritations if one is not careful. Inhaling the smoked material from the cracker may also cause breathing issues. Hence, it would help if you stayed at a safe distance when lighting Chinese firecrackers.

The crackers explode, causing loud sounds. If you are nearby, it may damage your hearing. According to the health authorities, firecrackers with sound intensities of more than 145 decibels are extremely harmful. Therefore, you should double-check the label to buy a safe firecracker.

There are pros and cons to each product. Although some companies use harmful and banned chemicals to make Chinese firecrackers, that doesn’t mean all the companies are alike. Modern-day manufacturers take considerable care to make safety the priority.

Today Chinese firecrackers are available in different shapes and colors. And appear in the consumer market after tons of trials and tests. You will find Chinese paper firecrackers and colorful flaming-powered crackers. These crackers have evolved significantly, and now you can quickly light them in your living room, and there won’t be any worry of burning.

Chinese firecrackers have been around for a long time. However, initially, they weren’t as safe and reliable as they are now. Chinese firecrackers earn a good reputation for their use in Chinese New Year celebrations. Collecting crackers is a hobby many enthusiasts still pursue.

Other than collections, present-day Chinese firecrackers are both safe and fun. Therefore, they are common in all kinds of celebrations around the world. These are significantly convenient and make an ordinary event memorable with their lovely colors. However, one should stay mindful of their adverse effects also.

Benefits & Applications of OSB Board

The Most Energy Efficient Virtual Pressure Wash For Sale